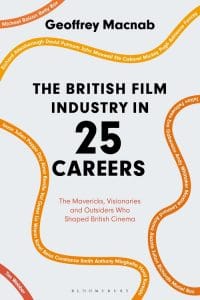 The British Film industry in 25 Careers by Geoffrey Macnab

Published by Bloomsbury in 2021
Foreword by Andy Leyshon, Chief Executive of the Film Distributors’ Association

The British Film Industry in 25 Careers tells the history of the British film industry from an unusual perspective – that of various mavericks, visionaries and outsiders who, often against considerable odds, have become successful producers, distributors, writers, directors, editors, props masters, publicists, special effects technicians, talent scouts, stars and, sometimes, even moguls. Some, such as Richard Attenborough and David Puttnam, are well-known names. Others, such as the screenwriter and editor Alma Reville, also known as Mrs Alfred Hitchcock; Constance Smith, the ‘lost star’ of British cinema, or the producer Betty Box and her director sister Muriel, are far less well known. What they all have in common, though, is that they found their own pathways into the British film business, overcoming barriers of nationality, race, class and gender to do so. Counterpointing the essays on historical figures are interviews with contemporaries including the director Amma Asante, the writer and filmmaker Julian Fellowes, artist and director Isaac Julien, novelist and screenwriter Hanif Kureishi, and media entrepreneur Efe Cakarel, founder of the online film platform MUBI, who’ve come into today’s industry, adjusting to an era in which production and releasing models are changing – and in which films are distributed digitally as well as theatrically. 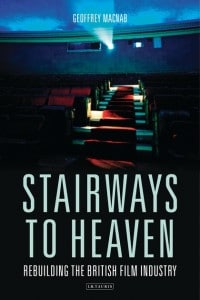 Published by IB Tauris in 2018
Foreword by David Puttnam, President of the Film Distributors’ Association

Stairways to Heaven considers what has brought about the transformation of the British film industry over the last few decades, to the beginnings of what is arguably a new golden era. In the mid-1980s the industry was in a parlous state. The number of films produced in the UK was tiny. Cinema attendance had dipped to an all-time low, cinema buildings were in a state of disrepair and home video had yet to flourish. Since then, while many business challenges – especially for independent producers and distributors – remain, the industry overall has developed beyond recognition. In recent years, as British films have won Oscars, Cannes Palmes and Venice Golden Lions, releases such as Love Actually, Billy Elliot, Skyfall, Paddington and the Harry Potter series have found enormous commercial as well as critical success. The UK industry has encouraged, and benefitted from, a huge amount of inward investment, much of it from the Hollywood studios, but also from the National Lottery via the UK Film Council and BFI. This book portrays the visionaries and officials who were at the helm as a digital media revolution began to reshape the industry. Through vivid accounts based on first-hand interviews of what was happening behind the scenes, film commentator and critic Geoffrey Macnab provides in-depth analysis of how and why the British film industry has risen like a phoenix from the ashes. 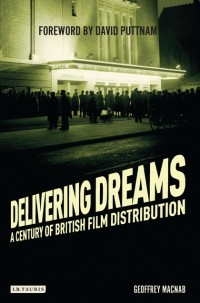 Delivering Dreams: A Century of Film Distribution by Geoffrey Macnab

Published by IB Tauris in 2015
Foreword by David Puttnam, President of the Film Distributors’ Association

Delivering Dreams tells the largely unacknowledged story of how films were, and are, brought to British cinemagoers. It profiles some of the most flamboyant and controversial figures involved in UK distribution over the last 100 years, ranging from the founders of huge companies to indie visionaries launching small art house labels. Geoffrey Macnab explores how the sector has reacted to a rapidly changing market and a technological environment in constant flux. From the transition into sound in the late 1920s, through the looming spectre of TV of the 1950s and the move to digital in the 2000s. This book highlights the crucial role that distributors have played in maintaining the solid foundations of the British film industry.