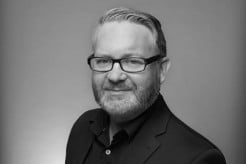 Andy was appointed as the FDA’s Chief Executive in September 2019. During his tenure to date, Andy created and revamped the annual FDA Yearbook, and amassed a pan-distribution catalogue of 500 theatrical titles for cinemas, entitled Relaunching Cinema: Content for Recovery. In his Cinema First capacity, he has also been leading the sector recovery efforts post-lockdown with the Love Cinema campaign and was at the forefront of successful deal extension negotiations for the groundbreaking industry Meerkat Movies promotion.

Andy is a Director of the cross-industry body Cinema First; Co-Chairman of the Distribution and Exhibition Group on the BFI Screen Sector Task Force; Board member of the International Federation of Film Distributors’ Associations, Film Complaints Panel and Industry Trust; and a member of the Alliance for Intellectual Property, British Screen Forum and the Events and Entertainment Working Group on the Department for Digital, Culture, Media and Sport’s Recreation and Leisure Task Force.

Before joining the FDA, Andy had a 22-year career at the distribution coal face, most recently serving as Managing Director for fledgling studio STX Entertainment. Prior to that, he ran theatrical sales for both Universal Pictures and Momentum Pictures in the UK and Ireland, successfully releasing a range of films including: blockbuster hits Mamma Mia, Jurassic World and Bridget Jones’s Baby; franchise successes Fast & Furious, Despicable Me and the Bourne series; and critical favourites Boyhood, Senna, Amelie, Downfall, Lost In Translation and O Brother, Where Art Thou. He has a degree in Cultural Studies and a Masters degree in Cinema Studies.

Favourite films: The Long Goodbye, Zulu, Chinatown, The Great Escape, Casablanca, Listen to Britain, Trading Places, A Matter of Life and Death, The Life Aquatic, All the President’s Men 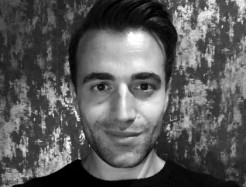 Alex oversees all of the FDA’s media services, including managing media assets and the website, plus coordinating weekly screening and release calendars. He acts as lead on all matters relating to release screenings, regional press shows and other media screenings. He also manages FDA special projects and events such as the Manchester Slate Day and Royal Household screenings.

Having joined the FDA in 2016, Alex’s background is in film publicity, where he worked for UK distributors eOne and Momentum Pictures, and after that publicity agencies Way To Blue and Untitled Communications. He has a degree in Politics and French.

Geraldine is the FDA’s Senior Advisor with a broad remit that includes policy, publicity and events amongst other areas. Her years of active sector experience are invaluable in the strategic vision of the FDA operation. She is also responsible for creating and delivering the FDA’s member training programme, and oversees the cross-industry intern scheme, which helps young people gain entry to business sectors of the film industry, with a specific focus on diversity.

With a 40-year career under her belt, Geraldine worked in a public affairs role for the Motion Picture Association in Europe immediately before joining the FDA as a consultant. Prior to that, she had an extensive career in film publicity, working on campaigns for many notable releases from production through to release. In that time Geraldine worked for most of the major US studios and many international independent distributors. She also has a Law degree.

Favourite films: The Maltese Falcon, Some Like It Hot, Harold and Maude, Rumble Fish, Streets of Fire, Into the Night, Angel Heart, Midnight Run 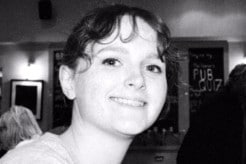 Izzy works across all departments to ensure that the office and any events run smoothly. She is also responsible for the development and delivery of all FDA social media posts, and the ongoing management of the FDA’s social media channels.

Prior to entering the world of film distribution in 2019, Izzy worked as an assistant for tv advertising production company Mad Cow Films and before that at her local Everyman cinema. She has a degree in Specialist Hair and Media Make-up. 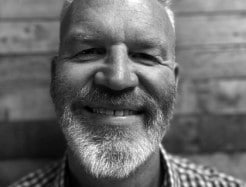 Simon is Director of the FCPA, which is part of the FDA. He created and has full responsibility for the anti-piracy programme in place for theatrical releases in the UK and Ireland. His role covers in-cinema staff training, issuing vulnerable release alerts, leading investigations for all suspected copyright infringement cases and liaison with key law enforcement agencies.

With 29 years of experience in the field of investigation and security, working for Lancashire Police, the BBC and the Federation Against Copyright Theft, Simon has spent the last 14 years specialising in film content protection and the prevention of illegal recording activity. His anti-piracy work is globally recognised and in 2019 he received a Gold Award at CineEurope for his exceptional contribution to the European cinema industry. He also has a Geography degree.