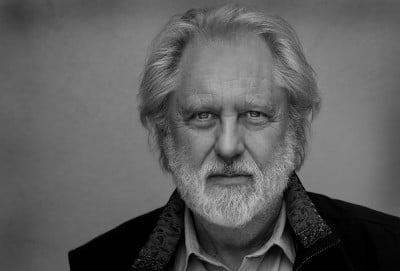 Lord Puttnam has served as the long-standing FDA President since 2007. His role with the FDA is to act as a key advocate, figurehead and positive unifying voice for the distribution sector. He represents all members’ interests and regularly delivers keynote policy speeches on the wider film industry and ecosystem.

At present, Lord Puttnam also actively sits in the House of Lords, most recently as Chair of the Democracy and Digital Technologies Committee, and before that acted as Prime Ministerial Trade Envoy to Vietnam, Laos, Cambodia and Myanmar. He is also heavily involved in education as Chair of Atticus Education and Life President of the National Film and Television School, plus was previously Chancellor of the University of Sunderland and the Open University. He is also a long-serving UNICEF Ambassador.

Having started his career in advertising in the late 1950s, Lord Puttnam entered into the film industry as an independent producer in the 1960s, and his films include Chariots of Fire, The Mission, The Killing Fields, Local Hero, Midnight Express, The Duellists, Bugsy Malone and That’ll Be the Day. He helped launch the early directorial careers of acclaimed UK filmmakers Alan Parker, Ridley Scott and Adrian Lyne, and served as Chairman and CEO of Columbia Pictures in the 1980s.

Lord Puttnam is also the winner of an Academy Award for Best Picture (Chariots of Fire) and a BAFTA for Best Film (The Killing Fields), and has been awarded numerous prestigious fellowships including those from the BFI, BAFTA and the Royal Television Society. He is also the recipient of over 50 honoree doctorates and diplomas from UK and overseas institutions.